The memory boom and the related emergence of cosmopolitan victimhood-centred memories, increasingly criticized for depoliticizing the past and thus contributing to the depoliticization of the present, have been simultaneous with the curtailment of the welfare state, the abandonment of the politics of redistribution, the erosion of social and economic rights, and the growth in social and economic inequalities. Yet if the latter are often being considered to be among the reasons leading to the current right-wing populist wave in Europe and elsewhere or at least are seen as entangled therewith, the relevance of the memory boom for these developments has not been properly interrogated.

Against this background, this contribution makes a plea for a critical appreciation of the linkages between the memory boom and the global ascension of neoliberalism. It acknowledges the contemporaneity of the two phenomena, which have been fundamentally informing our present age, roughly since the end of the 1970s, and calls for a critical engagement with their interwoven character. In doing this, it argues that scholarship should pay particular attention to the relationship between past, present, and future that the neoliberal turn in its various shapes and guises implies, as well as to the regimes of temporality that underlie various instantiations of the memory boom. It ends by taking heed of recent theorizations in memory studies and by asking to what extent can they be used in order to have a better grasp of the critical juncture we are currently lying at and to contribute to a radical change of the political status quo. Thus, the article makes some preliminary steps towards disentangling the interconnections between the memory boom and the neoliberal turn, and aims to provide a blueprint for a substantial future research project that should look in depth at these entanglements. 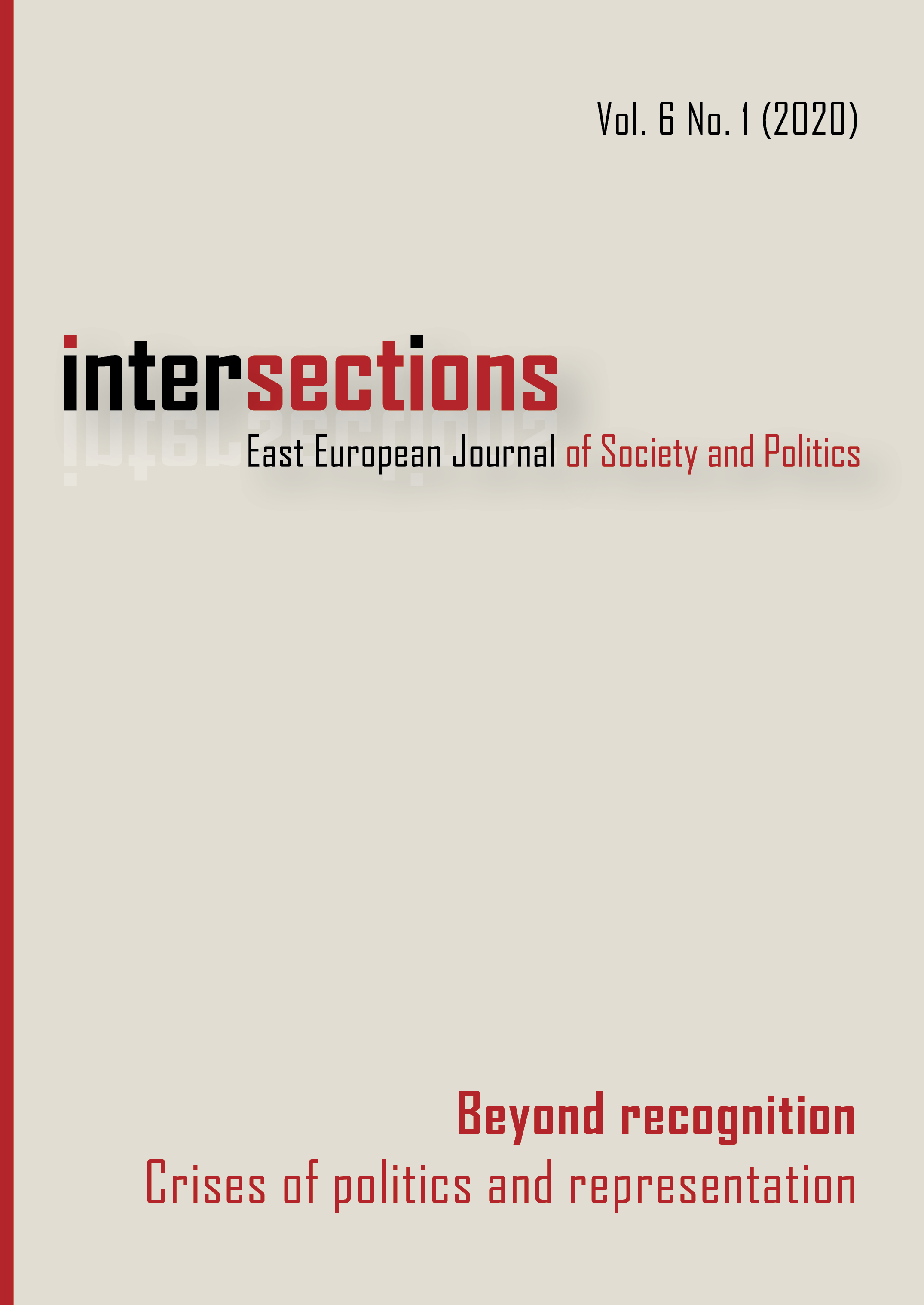 Vol. 6 No. 1 (2020): Beyond Recognition: Crises of Politics and Representation

Beyond Recognition: Crises of Politics and Representation