Limits of the Human Rights Vocabulary in Addressing Inequalities

Dilemmas of Justice in the Age of Culture Wars in Hungary

As early as 1995, Nancy Fraser problematized the shift of justice claims from redistribution towards recognition (Fraser, 1995). Since then, this shift has proven even more pronounced, displacing redistribution claims and reiterating identities (Fraser, 2000). At the same time, we can see how recognition claims in the form of identity politics became overall present in the social justice activism of the Anglo-Saxon countries, stirring heated controversies there, not only from the Right, but from Marxist, liberal and feminist points of view, too. On the European continent, these debates take the form of mostly right-wing movements mobilizing against ‘gender ideology’ and ‘political correctness’, portrayed as imminent danger coming from the US and/or the West.

In my paper I critically engage with the widespread matrix of visualizing political positions and fault lines as being on two axes: economic (left and right) and cultural (liberal and authoritarian), and discuss why placing the attitudes towards ‘oppressed minorities’ on the cultural axis cuts the related issues from their embeddedness in material conditions. I point out that the cultural axes, the recognition shift, and the human rights paradigm type of articulation of injustices are going into the same direction, namely a culturalist interpretation of oppressions. Empirically based on the controversies around the Istanbul Convention (2017) and the Gender Studies MA programs (2017-2018) in Hungary and theoretically on Fraser’s concept of ‘perspectivic dualism’ as outlined in her debate with Axel Honneth (Fraser and Honneth, 2003), I argue that this culturalist interpretation both of prevailing injustices and of the right-wing contestations actually reinforces the cultural war framework of the Right rather than overcoming it. 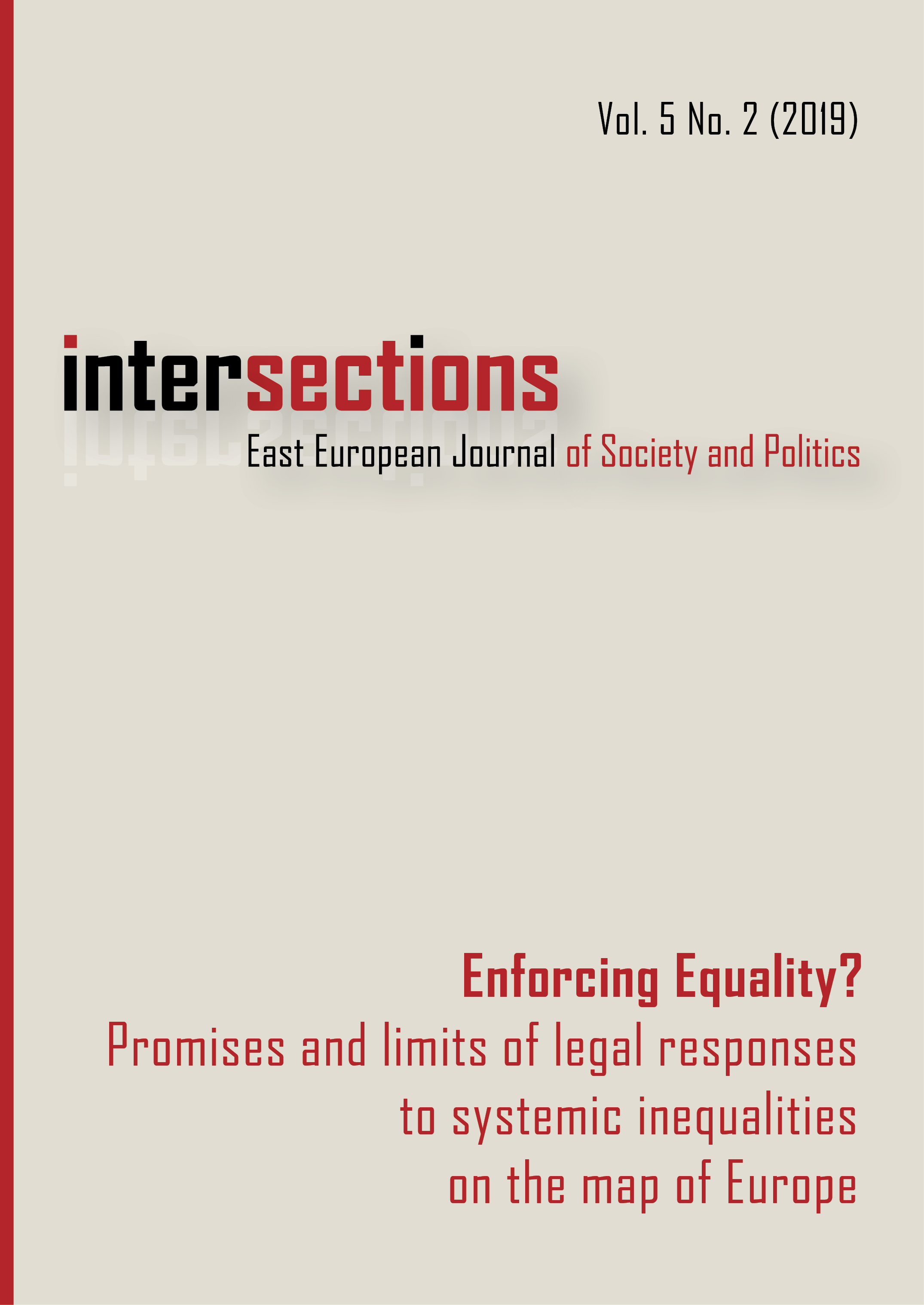 Vol. 5 No. 2 (2019): Enforcing Equality? Promises and Limits of Legal Responses to Systemic Inequalities