In recent years, many theoretical and empirical analyses about the changing regimes of Central and Eastern Europe have been written, pointing out the authoritarian tendencies and radicalization in the region. Hungary is a significant case in the changing landscape of Central and Eastern Europe. The right-wing government rules the country with incontestable force, despising and disrespecting the norms of liberal democracies. Although the general impression is that the government has such a strong grip on power that resisting it is futile, in fact, it only enjoys only the support of 30 per cent of Hungarian citizens. Thus, it would be reasonable to expect the opposition to be able to effectively mobilize against the regime. In reality, no political opponent seems to stand a chance of defeating it. In order to explain why this is so, we focus on the way Orbán constantly creates images of ‘the enemy’ that keep alive an atmosphere of vigilance that blocks the efforts of critical actors to efficiently mobilize citizens. Since the political system in Hungary is highly centralized, the prime-minister’s speeches epitomize the logic and ideology of the regime. Our aim is to understand the mechanism through which the dominant political actors frame the enemy in a system of images, thereby creating an environment where critical actors are stripped of the resources needed to mobilize against them. 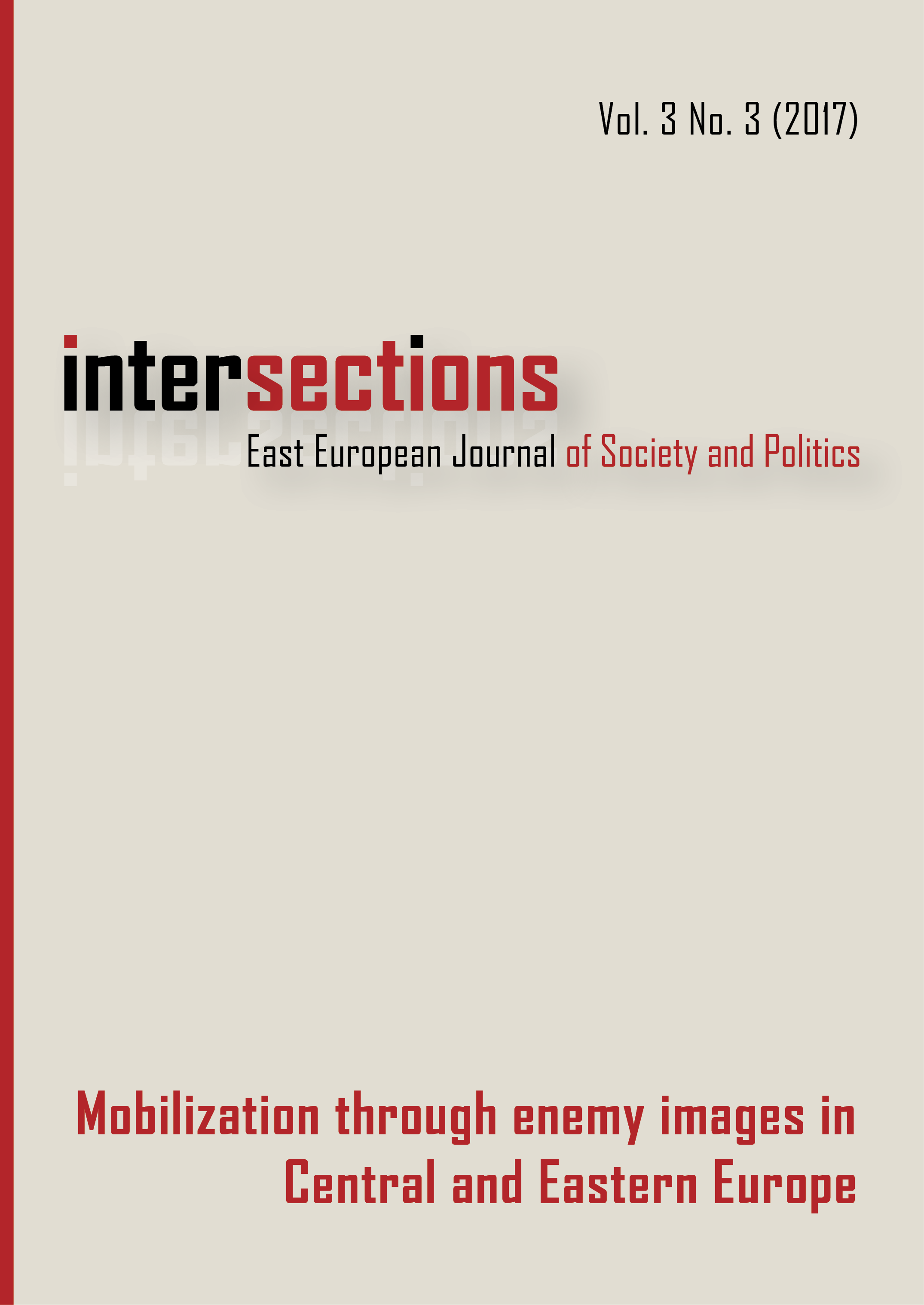 Mobilization through Enemy Images in Central and Eastern Europe